About 5 years ago, I bought several meters of a beautiful wool plaid when I was in England.  It was a wide fabric that was 100% raised, milled, spun, and woven in England.  And, it was such a pretty fabric and was so "local" that I was smitten.  Of course, it was quite expensive, but I bought some anyway thinking that I would figure out what to do with it at some point - hoping to make a jacket or coat.  And so it sat in my fabric stash since then.  It finally stood out to me the other day when I was looking through the fabric for something else.  So I pulled it out and laid it out and thought about it for a few hours.  I thought about making our 230 Model T Duster from it (we just put out the PDF version), modifying it to be shorter (and adding different fabric for the facings).  But even shorter, this would have been a stretch with the small yardage I had, plus all the seams (princess seam, back seam with a pleat) would have made matching the plaid impossible with the yardage I had.  And that much unmatched plaid would have driven me crazy.  Plus I really wanted to show off the plaid and not cut it up too much since I think it is so pretty.  Esi saw me contemplating the fabric and suggested the Basics Overcoat.  Which was a brilliant suggestion.  It is simple, I could easily shorten it (and make it smaller), and it has large pattern pieces so I wouldn't have to break up the plaid.  But, I did make some changes to the pattern to get the results I wanted and to make the most efficient use of the fabric. I only had 2 meters (2.2yards) of the fabric.  But it was 150cm (about 60") wide.  So, I obviously did not have enough to make the entire, full-length, coat. But with some modifications I could make the Basics Overcoat pattern work. The fabric is folded in half, and you can see the pattern "as is" doesn't really fit on the amount of fabric I have available. Now you can see how the pattern will fit on here.  The collar and pocket (lower left) are cut on one layer of fabric.  The front and back are shortened quite a bit, and the front self-placket has been folded away so I can cut it from a different fabric.

First, I traced a size XS for the pattern (I used Swedish tracing fabric).  This is still very wide so if you needed to, you could narrow the width at the shoulder and make the sleeve a bit longer.  But it worked for me as I did want to use as much fabric as possible.  I shortened the pattern, taking about about 12" (30cm) from the bottom.  I also decided to make the turned-under facing on the front as a separate piece.  This saved a lot of fabric and I could make the facing with a linen that coordinated well.  If you do this, remember to add the 1/2" (13mm) seam allowance that you will need.  I also cut the back on the fold rather than as separate pieces.  This kept the plaid in tact as well as save a little more fabric.  I had to make sure to take out the 1/2" (13mm) seam allowance for this modification.  You can see how the pattern is laid out above.

With these modifications, I could fit all the pattern pieces on the fabric!  I couldn't match the side seam plaid, but it wouldn't be terrible, and it was something I could definitely live with.

I also wanted the coat to have a bit more heft to it so I decided to fully line the coat with a winter white wool gabardine we have in stock.  It is medium-weight and drapey, and coordinated well, so I thought it would be great.  And it was easy to sew with and very warm and gave the perfect amount of heft to the coat.

Then with right sides together (back of lining to back of outer fabric), I sewed the facing (that was attached to the lining) to the front of the outer fabric on both sides.  And I turned the coat so that the inside of the lining and outer were facing each other.  Now the coat is lined!

After I did this, I basted the sleeve lining and outer fabric together at the cuff seam also. I basically followed the instructions in the pattern from there on.  I did baste the collar on by hand before sewing it on (this is a trick I often to with tricky collars, which in my opinion are most of them).  And for the hem, I folded the outer coat up and sewed it by hand to the lining.  You might notice in these photos that the back is hanging a bit funny at the bottom.  I need to pick out that section of stitching and re-sew the hem to the lining. It is bagging a bit.  But that is an easy fix - and something that can happen with lined coats.  Just need to be a bit careful, and sometimes hang them. I did find that this wool did not press easily. But I love the smell of the wool with a warm iron and steam (maybe that's a bit strange?). And I didn't mind the mis-matching plaid side seams.  I am really happy with the coat!  I need to put buttons on it, but that has always been something I usually wait on doing.  I will figure out which buttons I like over the next few weeks and add them when I am ready! I hope this coat inspires you to think about what you can do with this pattern (and the special fabric you might have in your stash)!

Let me know if you have any questions about this pattern or what I did! Wearing my coat in our office warehouse.  Boxes and boxes of patterns behind me! 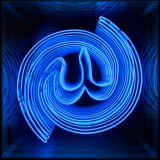